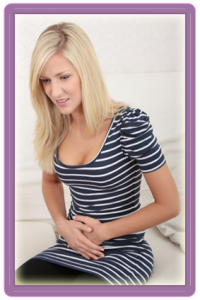 What is a Pap smear test?

The Pap smear is a test that checks for changes in the cervix that may become cancer. If a Pap smear shows these changes, the result is called abnormal. In women who have regular Pap smears, abnormal changes are almost always caught very early. An abnormal Pap smear result may mean that further testing and follow-up are needed.

The cervix is the opening of the uterus at the top of the vagina. It is covered by a thin layer of tissue. This

The Pap smear checks for abnormal changes in the cells of the cervix and allows early treatment so that they do not become cancer. Regular use of the Pap smear has greatly reduced the number of cases of cervical cancer in Australia.

HPV infection is very common, especially in women younger than 20 years. It is passed from person to person through sexual contact. Usually, a woman’s immune system clears the virus quickly, and the infection goes away by itself. But in some women, HPV does not go away quickly. A small number of these women will go on to develop CIN. The longer HPV is present and the older the woman, the greater the risk she will develop CIN. Smoking doubles the risk of CIN 3 when HPV is present. However, it usually takes years for pre-cancer changes in the cervix to cause cervical cancer.

The terms used to describe an abnormal Pap smear result can be confusing. Most laboratories use the “Bethesda System” to describe Pap smear results. This system uses the term squamous intraepithelial lesion (SIL) to describe pre-cancer changes. “Squamous” refers to the type of cells that make up the tissue that covers the cervix. With this system, the results will be placed in one of several groups:

For some women, one further testing option is to repeat the Pap smear a few months later. This may give time for the changes to resolve on their own. For women 21 years and older with ASC–US, the test is given every 6 months until she has two normal results. She then can return to the routine Pap smear schedule. For women 20 years and younger with ASC–US or LSIL, the Pap smear is repeated in 1 year.

Another option for some women is an HPV test. This test detects the presence of cancer-causing types of HPV in cervical cells. The cells used for the initial Pap test often can be tested, so a woman does not need to return to the office for another test.

Many women, although not all, experience uncomfortable symptoms during and after menopause, including hot flushes, night sweats and vaginal dryness. These symptoms, and the associated physical changes, can be managed in various ways including education and lifestyle changes like diet and exercise. Hormone replacement therapy (HRT) is also available if required. While HRT reduces the END_OF_DOCUMENT_TOKEN_TO_BE_REPLACED